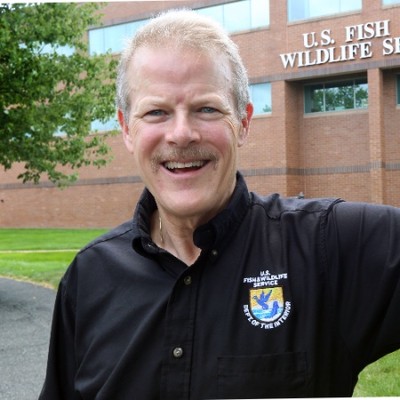 Dr. Richard (Rick) O. Bennett began working for the Service as chief of the contaminants program at the Annapolis, Md., field office in 1989. He then worked for the Washington, D.C., in fish and wildlife management assistance until he was selected as the deputy assistant regional director for fisheries in the North Atlantic-Appalachian Region. He subsequently served as one of two geographic assistant regional directors, working closely with all Service programs in six states, and then as the assistant regional director for migratory birds and state programs. Bennett was the region’s deputy regional director for five years until being named regional scientist. As regional scientist, Rick guides the region's efforts on topics such as strategic habitat conservation, climate change, National efforts on amphibian and reptile conservation, ocean science initiatives and science coordination across programs and agencies. Prior to working for the Service, Rick was a member of the faculty at the University of Maryland School of Medicine, Department of Pathology, in Baltimore. He has been with the North Atlantic-Appalachian Region since 1993 and science advisor since 2007. Rick has a bachelor’s degree in marine biology from Farleigh Dickinson University in Madison, N.J., a master’s degree in biology from Adelphi University in Garden City, N.Y., and a doctorate in aquatic pathology from the University of Rhode Island in Kingston. Dr. Bennett is married with two daughters and makes his home in Sunderland, Massachusetts.