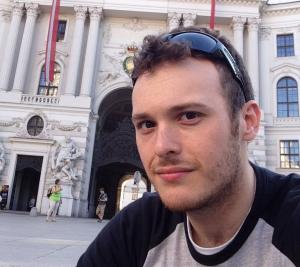 During my Masters, my research interests included interglacial warmth and sensitivity in the high Arctic during interglacials MIS 1, 5, 11 and 31, specifically around Beringia.  To explore the sensitivity of northwestern Beringia to interglacial forcing, I used a Global Climate Model coupled to an interactive vegetation model to simulate the terrestrial Arctic’s response to elevated greenhouse gases and astronomical forcing associated with each specific interglacial (Yin and Berger, 2011).  A range of glacial land surface, Arctic Ocean, and sea-ice boundary conditions were imposed to test the response of the region to changes in circum-Arctic ice sheets and possible changes of ocean heat transport into the Arctic Ocean.  The results were then compared to the Lake El’gygytgyn multiproxy analysis and assessed relative to teleconnections implied by other far field records, including Antarctica.

Currently, my PhD work focuses mainly on the sensitivity of global ocean circulation to freshwater input.  More specifically, I am using a hi-resolution state-of-the-art global ocean circulation model to test whether massively thick Arctic sea-ice export through the Fram Strait would be sufficient enough to weaken the Meridional Overturning Circulation (MOC) subsequently initiating abrupt climate change.  Some of the questions looking to be answered are how to successfully mobilize the sea-ice out of the Arctic Basin with similar boundary conditions to a glacial period, how much freshwater equivalent is released by the export and melting of ice and does the MOC react similar to what we would expect based on our hypothesis.

For my work with the Northeast Climate Science Center, I will be analyzing climate change data for congressional districts in the northeast using numerically down-scaled climate model data which will subsequently help stakeholders and local lawmakers in future policy decisions.