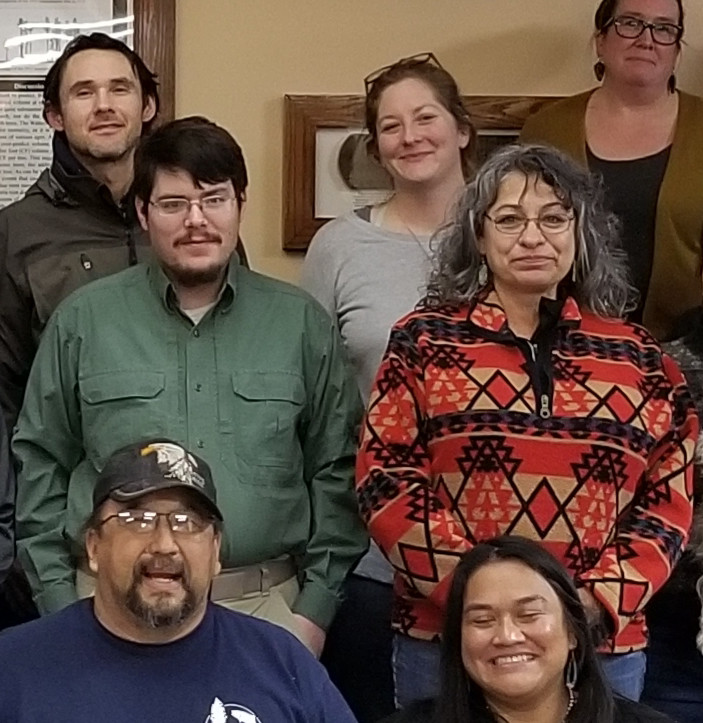 This workshop was the first of its kind to utilize the Tribal Adaptation Menu, which is a tool designed to weave Indigenous knowledges, languages, and perspectives with previous adaptation menus developed by NIACS. The menu itself, although being Midwestern focused, is designed to be dynamic and adaptable for different ecosystems, regions, and communities. The workshop was intended to help identify priorities, challenges, and areas of concern for Tribal natural resources management as well as develop action plans for adaptation and resilience all while using the new menu. NE CASC products for tribal natural resources management can also be found on the Indigenous Peoples and Tribal Partners page.

Folks from throughout and outside of the Midwest region attended the workshop. Some of the Tribal Nations that were represented at the workshop included Bad River, Keweenaw Bay Indian Community, Red Cliff, Fond du Lac Band, Lac Vieux Desert Band, Grand Portage, Iowa Tribe of Oklahoma, Sisseton Wahpeton Oyate Sioux, and the Oneida Nation of Wisconsin. In addition, there were also folks from GLIFWC, WI DNR, State of Minnesota, and NRCS. Feedback from the participants was really positive and exciting. Participants said that the menu was extremely helpful, interactive, and really expanded their thinking in terms of climate change planning and from a non-Tribal view, a “broader understanding and sincere appreciation for the Anishinaabe community as a whole”. There were also comments from Tribal participants outside the Midwest on how easy it would be to adopt the menu to their regions and communities as well as hopes of having more workshops like this outside the Midwest.

The Tribal Adaptation Menu is planned on being published in 2019 by GLIFWC and all the partners involved. More workshops like this are also being planned for the region with hopes of expanding in the future. For more information please contact NE CASC Tribal Liaison Sara Smith at ssmith@menominee.edu

Read more about our Collaborations with Tribal Partners>>

Photo credits: Instructors of the workshop courtesy of Sara Smith