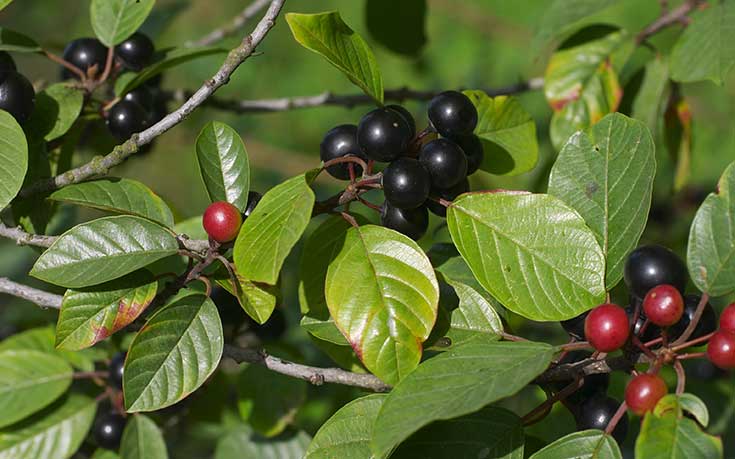 The AFWA award, which was created in 2016, recognizes “exemplary leadership in reducing climate-related threats and promoting adaptation of the nation’s natural resources.” Award recipients are selected by a steering committee consisting of representatives from a broad spectrum of organizations and agencies working at the intersection of climate adaptation and natural resource management, including the Association of Fish and Wildlife Agencies, the U.S. Fish and Wildlife Service, Bureau of Indian Affairs, U.S. Forest Service, Natural Resources Conservation Service, and the National Oceanic and Atmospheric Administration.

RISCC was chosen for the 2021 award based on its success in effecting important and sustainable change through its work at the interface of climate change and invasive species. According to the United Nations Millennium Ecosystem Assessment, invasive species and climate change represent two of the five most prominent global change threats to ecosystems. The intersection of these threats is particularly challenging in the Northeast, which has become a hotspot for future plant invasions because invasive species prevalent in southern states are shifting their ranges northward in response to global warming.

Understanding and adapting to interactions between these two forms of global change are a top priority for natural resource managers. RISCC seeks to reduce the compounding effects of invasive species and climate change by synthesizing relevant science, sharing the needs and knowledge of managers, building stronger scientist-manager communities, and conducting priority research. The success of this work depends upon the unique and expansive collaboration that RISCC has cultivated between invasion scientists, climate scientists, natural resource managers, policymakers, and stakeholders from the broader public.

“It’s an incredible honor to be selected for this national award, especially given the fact that RISCC started as a discussion between a few friends and colleagues just five years ago,” says Bradley, who is the university co-director for NE CASC and a professor of environmental conservation at the University of Massachusetts Amherst.  “I remember having a conversation with Toni-Lyn Morelli and Carrie Brown-Lima and realizing that a lot of what I’d consider well-known to scientists wasn’t making it out into the community of managers. We academics too often think that ‘if you build it, they will come,’ but if managers can’t find your research, or don’t know it exists, then it’s like the research was never even done. RISCC was born out of a desire to avoid that situation and ensure that my research—as well as other important research—would be utilized by resource managers.”

These efforts, explain RISCC’s collaborators, have yielded significant dividends. “RISCC is a great example of how academic research can make a hugely positive impact in addressing daunting real-world problems,” says Nancy Olmsted, an invasive plant biologist for the Maine Department of Agriculture’s Conservation and Forestry—Natural Areas Program. “RISCC’s work has been remarkably helpful to my department in Maine and others across New England who are responsible for listing and regulating invasive plants.”

Particularly important, says ecologist Julie Richburg of the Trustees of Reservations, is the impact RISCC has achieved by mobilizing a professionally and geographically diverse community to advance its mission. “RISCC has been incredibly effective in breaking down barriers between academic researchers and invasive plant managers,” Richburg observes. “One of its greatest accomplishments has been to bring together individuals, agencies, and others throughout the Northeast who are involved in designating species as invasive for regulation or prohibition. This is important because invasive plants don’t respect political boundaries. Their ability to move across state lines makes the kind of coordinated regional dialogue and planning that RISCC has envisioned a necessity.”

As RISCC continues pursuing its goals, the initiative is poised to achieve an even greater impact in the future. “I’m just as excited about what the next five years will hold for RISCC as I am about what our first five years have brought,” says Morelli, a research ecologist for the U.S. Geological Survey and NE CASC. “Five other regional climate adaptation science centers have begun establishing their own invasive species initiatives based on the RISCC model, and we are acting as advisors in these efforts. It’s very exciting to see the RISCC approach adopted elsewhere—and it’s even more inspiring to consider how much progress we still have to make in dealing with the overlapping problems of invasive species and climate change. The RISCC approach is working in the Northeast, and it is wonderful to watch it spread successfully across the country.”