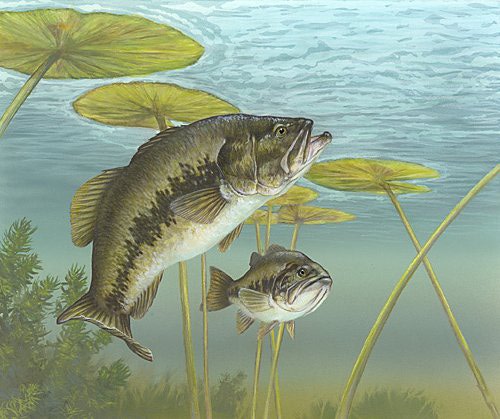 In the project, Developing Fish Trophic Interaction Indicators of Climate Change for the Great Lakes, Dr. Richard Kraus (USGS - Great Lakes Science Center) and his team are examining seasonal food web changes and analytical metrics that can serve as synoptic measures of the effect of climate forces on food web structure and fishery resources in the Great Lakes. The primary goal of the project is to provide managers with a better understanding of food web changes that may occur as different fish guilds compete for habitat and prey resources under forecasted climate conditions, and to provide tools for monitoring fisheries in the form of indicator variables based on diet and natural energy tracers of food web structure.

The Great Lake’s fisheries are a multinational resource valued at several billion dollars annually, and regional fishery managers strive to maintain food web structures that provide optimum production of exploited fish species. Lake Erie in particular, represents a window to future trophic interactions across the Great Lakes because seasonal changes displace fish guilds due to temperature trends, thermal stratification, and hypoxia.  In recent years, seasonal hypoxia in Lake Erie has increased in duration and extent, owing to trends in available nutrients, temperature, and increased incidence of algal blooms.  While the linkages to fishery management have not been definitively established, this situation has raised public concern about the role of hypoxia in episodic fish kills and interactions with the most important fisheries in the Great Lakes.  Monitoring of hypoxia, or the “dead zone”, in Lake Erie’s central basin has primarily been the responsibility of US EPA.

As part of the research conducted by Dr. Kraus and his team on climate forces that impact food webs in Lake Erie, the edge of the dead zone was mapped at one of their study sites and data loggers were deployed to understand the temporal variability.  To their surprise, the results were in stark contrast with established notions of gradual development and senescence of the dead zone, especially near the edges of the dead zone where it was observed that dissolved oxygen could change rapidly from normoxia to anoxia (and back) in the course of a few hours.  Kraus’s team’s approach was novel in that it deployed data loggers that recorded high resolution (1 minute intervals) dissolved oxygen and temperature measurements at a ½ meter above the bottom for several months.

These findings were recently presented to the EPA’s Great Lakes National Program Office, and Kraus and his team are now working with the EPA to develop a network of underwater data loggers to better quantify the spatial and temporal dynamics of the dead zone as it relates to the Great Lakes Water Quality Agreement goal of shrinking the size of the dead zone in Lake Erie.