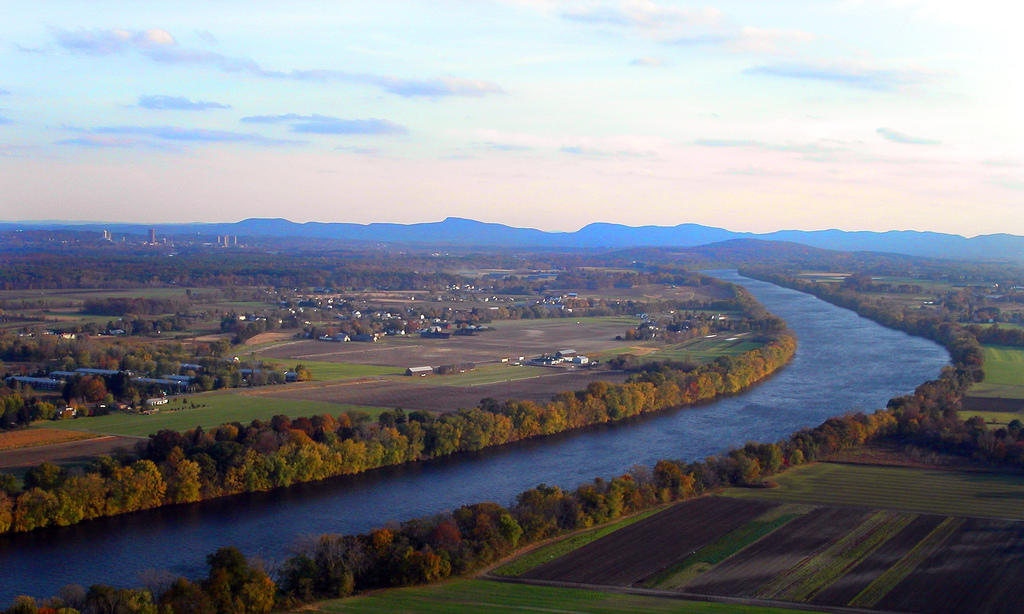 Principal Investigators Richard Palmer and Keith Nislow have completed their final report for the project "Slowing the Flow for Climate Resilience: Reducing Vulnerability to Extreme Flood and Drought Events".“Slowing the flow” is an ecological flood mitigation technique that uses riparian ecosystems to delay the rate at which water passes through a watershed by increasing upstream storage in soil, vegetation, surface water, and ground water. This project assessed the potential contributions of slow-the-flow watershed management in a changing climate through a combination of original research, stakeholder workshops, and the establishment of a stakeholder working group. Research, co-produced with stakeholders, investigates the effects of climate and riparian conservation on river flows, sediment transport, and nutrient loadings.

Two studies developed and applied models and data to measure the impacts of natural infrastructure on extreme floods. In simulations, restoration of riparian wetlands decreased flood peaks by as much as 56% and delayed the arrival of peak flows significantly. Increases in peak flow due to future climate change could be reduced by management interventions such as reforestation. A mapping method was developed to illustrate both the interactive effects of a large flood event and impacts of dams on restoring critical riverine bar and island habitats. Our coastal workshop focused on slow-the-flow approaches to mitigate nutrient loading in two major receiving waterbodies, the Great Lakes and the northeast Atlantic. It revealed important commonalities and differences between these bodies and identified key sources of uncertainty in applying these methods. We are currently assessing the role of natural infrastructure in regulating nutrient outflows and loading rates in Lake Michigan tributaries.

The significant findings of this research underscore the importance of riparian conservation and restoration to the provision of ecosystem services including flood risk mitigation under a climate-altered future. While extreme precipitation is projected to increase, natural infrastructure can significantly reduce peak flows while providing multiple ecological benefits. A robust national working group and professional network of researchers and stakeholders was developed, and they have continued research and implementation of slow-the-flow interventions.