New Publication: The Role of Sand Lances in the Northwest Atlantic Ecosystem 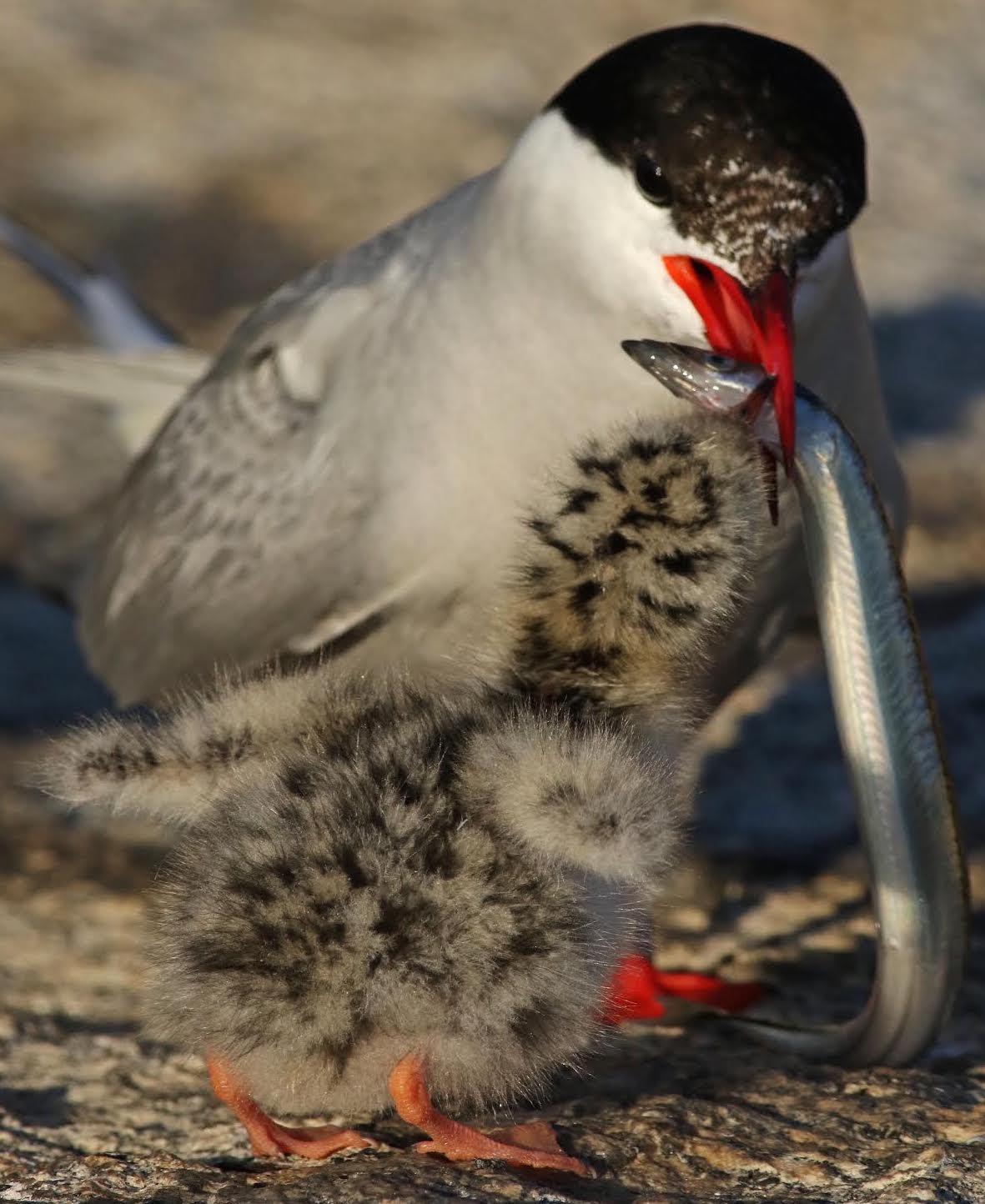 Though it is a comparatively small aquatic creature, the sand lance plays a significant role in sustaining the dynamic ecosystem of the Northwest Atlantic Ocean. Sometimes described as a “quintessential forage fish,” the sand lance serves as a food source for myriad predators, including marine mammals, seabirds, and larger fish such as Atlantic sturgeon, cod, and bluefin tuna. Despite its ecological importance, however, most aspects of the sand lance’s ecology, population dynamics and vulnerability to current and future stressors in the Northwest Atlantic Ocean (NWA) are poorly understood.  Led by NE CASC science coordinator and marine ecologist Michelle Staudinger, a team of 24 researchers has begun addressing this information gap by producing the first comprehensive assessment the sand lance in the NWA. Their work both evaluates the current state of knowledge regarding sand lances and identifies several key areas where new research should be conducted. This project, which was recently featured on the University of Massachusetts Amherst website, culminated in the publication of an article in the journal Fish and Fisheries.

According to Staudinger’s team, a better understanding of the biology, population dynamics and ecosystem role of sand lances must be achieved to inform relevant management, climate adaptation and conservation efforts. To address this need, their study synthesized available data on sand lances with regards to their (a) life history, behavior and distribution; (b) trophic ecology; (c) threats and vulnerabilities; and (d) ecosystem services role in the NWA. Priority research needs identified during this effort include basic information on the patterns and drivers in abundance and distribution of sand lances,  improved assessments of reproductive biology schedules and investigations of regional sensitivity and resilience to climate change, fishing and habitat disturbance. Food web studies are also needed to evaluate trophic linkages and to assess the consequences of inconsistent zooplankton prey and predator fields on energy flow within the NWA ecosystem.

Read the complete University of Massachusetts Amherst feature story below.

At the Base of the Food Chain, a Small Fish Should Command Greater Notice, Researchers Say

AMHERST, Mass. – A slender little fish called the sand lance plays a big role as “a quintessential forage fish” for puffins, terns and other seabirds, humpback whales and other marine mammals, and even bigger fish such as Atlantic sturgeon, cod and bluefin tuna in the Gulf of Maine and northwest Atlantic Ocean. But scientists say right now they know far too little about its biology and populations to inform “relevant management, climate adaptation and conservation efforts.”

A collaborative team of 24 coauthors led by first author and marine ecologist Michelle Staudinger at the University of Massachusetts Amherst’s Northeast Climate Adaptation Science Center this week is calling for increased focus on sand lance and their ecological role in the region’s “dynamic ecosystem,” which is facing increased pressure and risks from climate change, fishing and offshore wind energy development. Details are in the current issue of Fish and Fisheries.

Two species, American and Northern sand lance, are so streamlined that they can dive at swimming speed into the sandy sea floor, burrowing to escape predators. Staudinger explains, “They’re unique among forage fish because of their elongate body shape and hiding behaviors. Their shape makes them very attractive to many predators because they’re easy to swallow. Most marine predators don’t chew their food, rather they swallow their food whole. It’s like eating spaghetti instead of a meatball; there are no legs or spines to get caught in your mouth or throat. Even small seabird chicks can swallow large sand lance because they slide right down into the gullet.”

Holly Goyert, a UMass post-doctoral researcher with the project who is now working under contract to the NOAA National Ocean Service adds that even though sand lance occur in huge schools, “their slender bodies make them very difficult to catch in marine survey nets so we have very little information on their abundance and distribution. We just can’t catch them reliably and efficiently enough to understand how big their populations are. We have some information on their early life and adult stages, but there are significant gaps, especially in the juvenile stages and first few years of their lives.”

Staudinger and Justin Suca, a Ph.D. student at MIT-Woods Hole Oceanographic Institution Joint Program who contributed to the study, point out that sand lance are an unmanaged forage fish in the region, so scientists don’t collect regular data on them.

Staudinger’s team says its report represents the first comprehensive assessment of this important forage fish in the Northwest Atlantic, though similar efforts have been carried out in the Pacific Northwest and Europe. In the Atlantic, sand lance are observed to be a significant food source for the federally endangered Roseate tern, Atlantic sturgeon and cod, Harbor and Grey seals and Minke and Humpback whales. “This paper is a call to our peers and colleagues that there is a big gap in knowledge, and to bring more attention to these species as unmanaged forage fish,” says Staudinger.

To begin to address this need, she, Linda Welch of the U.S. Fish and Wildlife Service, and Dave Wiley of the Stellwagen Bank National Marine Sanctuary led their colleagues from 15 state and federal agencies, academic institutions and nonprofits in a 2017 workshop. The goal was to synthesize available data on the life history, behavior, distribution, feeding ecology, threats and vulnerabilities and ecosystem services role of sand lance in the northwest Atlantic. Wiley says “Sand lance are a key ingredient in the sanctuary’s productivity. The more we know and understand about this forage fish the better equipped we will be to conserve and protect marine species that depend on this critical food source.

Overall, they report that 72 regional predators including 45 fish species, two squids, 16 seabirds, and nine marine mammals were found to consume sand lance. Staudinger adds that because sand lance are winter spawners, they are particularly vulnerable to warming ocean temperatures in Gulf of Maine waters, which are known as a global “hotspot of warming.” The eel-like fish may also be less adaptable than other fish species – they are very dependent on sandy bottom marine environments increasingly targeted by dredging for beach nourishment and siting of wind energy turbines.

The researchers say, “Priority research needs identified during this effort include basic information on the patterns and drivers in abundance and distribution of Ammodytes (sand lance), improved assessments of reproductive biology schedules, and investigations of regional sensitivity and resilience to climate change, fishing and habitat disturbance. Food-web studies are also needed to evaluate trophic linkages, and to assess the consequences of inconsistent zooplankton prey and predator fields on energy flow within the northwest Atlantic ecosystem.”