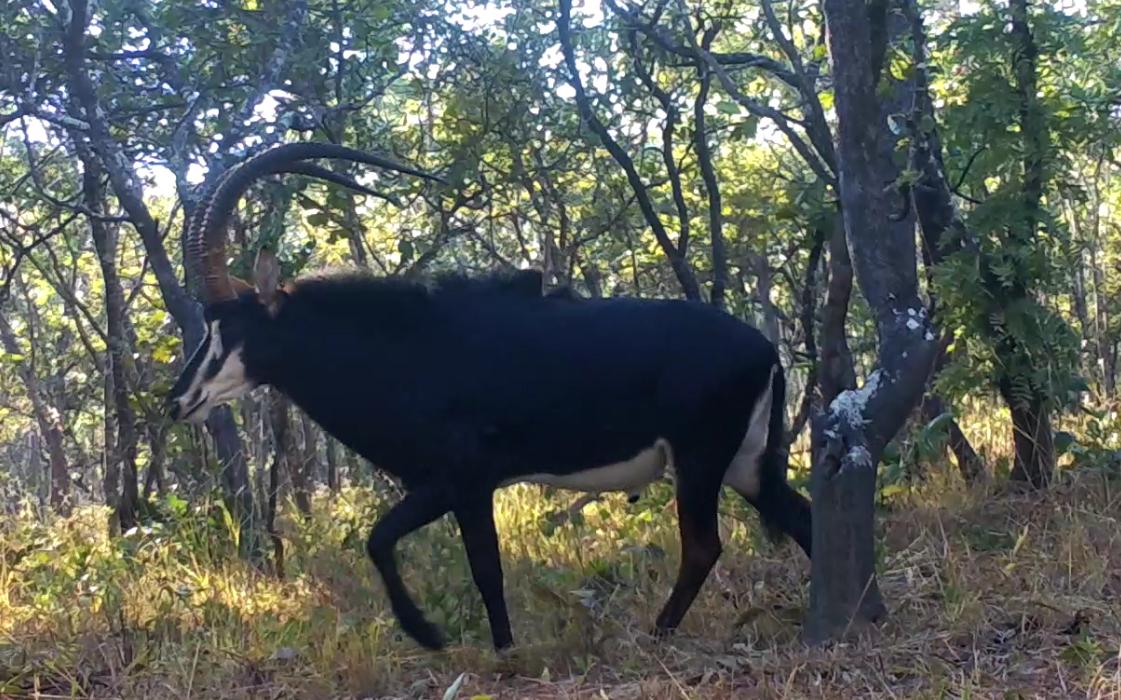 Over the past decade, newer technologies such as drones and trail cameras have revolutionized wildlife monitoring, particularly by facilitating multi-species community studies. While this work has great potential to inform conservation planning, a new paper analyzing 92 such projects suggests that their reliability may be undermined by methodological flaws or misapplication of analytical tools. Co-authored by NE CASC researcher Toni-Lyn Morelli, this article outlines common obstacles encountered in conducting multi-species wildlife community studies and recommends a series of guidelines intended to help navigate these difficulties.

Published in the journal Ecography, the article focuses on the variable of species occupancy, which addresses how easily a species can be detected in a given area. It points out that many occupancy studies violate a common guiding assumption—that they are identifying species correctly. Misidentification may arise, the authors observe, based on how methods and tools previously used to study single species are modified for broader projects.

AMHERST, Mass. –  A new analysis of 92 studies from 27 countries conducted by ecologists at the University of Massachusetts Amherst suggests that many recent multi-species studies of wildlife communities often incorrectly use the analytical tools and methods available.

Technology such as trail cameras and drones have “revolutionized wildlife monitoring studies” in recent years, says organismic and evolutionary biology doctoral student Kadambari Devarajan, who led the study, “but if not properly used in well-designed research, they will compromise the reliability of the results obtained.”

Devarajan and co-authors report that the number of studies reporting community-level data has dramatically increased from fewer than five in 2009 to more than 50 in 2019. They believe that given the growth of ecological studies at the community level, it is important to identify the pitfalls that could arise from incorrectly applying certain methods and inconsistencies in reporting results, as well as what should be improved going forward.

Reporting in a special issue of the journal Ecography, Devarajan and her collaborators Toni Lyn Morelli of UMass Amherst’s Northeast Climate Adaptation Science Center and Simone Tenan of the Museo delle Scienze, Trento, Italy, considered how published studies approached a variable known as ‘species occupancy,’ which among other things takes into account how easily detected each species is in the study area.

Devarajan explains, “If it’s rare you can account for that, and if it’s not rare, you can account for that as well, but a very important assumption made in occupancy is that you must identify the species correctly.” However, that didn’t always happen in the sample of studies they analyzed. “We lay out the consequences of violating assumptions associated with this method, and how to handle them correctly,” she adds.

Devarajan, who has done field studies on carnivore communities in Zambia and India, points out that as methods and tools used to study single species in the past are modified to entire wildlife communities, there can be “a disconnect,” reducing accuracy and precision in the inferences made. Her new paper not only points out difficulties but offers recommendations and guidelines for future work with a focus on multi-species occupancy models.

As she explains, “A trail camera set up to study black bears often captures the presence of other wildlife in the area, such as deer, bobcats, coyotes and rabbits. With the use of appropriate methods, scientists can use the trail camera data to simultaneously monitor populations of the entire wildlife community. At a time when human-driven climate and global change are affecting wildlife in myriad ways, multispecies methods are increasingly important as they are often more cost- and resource-efficient than conservation efforts for individual species.”

In their analysis, Devarajan and colleagues show that under-reporting of necessary details about community-level patterns of wildlife occurrence were common. Researchers also failed to report crucial aspects of the study design such as justifying the choice of study sites and duration of the project, as well as placement of detectors such as camera traps and how long they were deployed.

With a background in computer science now applied to ecology and conservation, Devarajan also observed reporting bias and an increased potential for violation of assumptions. These factors could result in over- or under-estimating wildlife numbers, leading to spurious results, she notes. “Scientists are not always reporting assumptions and justifying the methods they used to support their conclusions, due to which the inferences drawn from such studies of wildlife communities have to be viewed with caution,” she points out.

“To do these community-level studies well, you have to make certain assumptions and if you have a lot of reporting bias, there is increased potential for violating those assumptions,” she adds. For example, one important assumption for mapping the distribution of multiple species in a defined area is correctly identifying the different species.

“In our paper we lay out the consequences for violating assumptions by looking at 10 years of studies of wildlife communities. We use this review of past studies to come up with a roadmap for how such studies should ideally be conducted and offer recommendations to make these studies more robust,” she says.

Other issues explored by Devarajan and colleagues include whether research groups included a local collaborator for field studies, the kinds of organisms studied and how many community-level occupancy models looked at marine and aquatic environments compared to terrestrial. “It was good news to that for many of the studies, there is diversity in the research and inclusivity in taxa,” she notes.

The researchers report that the studies they examined ranged from plants and insects to birds, mammals and reptiles, “a whole variety of taxa,” but one bias they identified was little representation from marine environment or aquatic communities and an over-reliance on terrestrial systems, Devarajan notes.