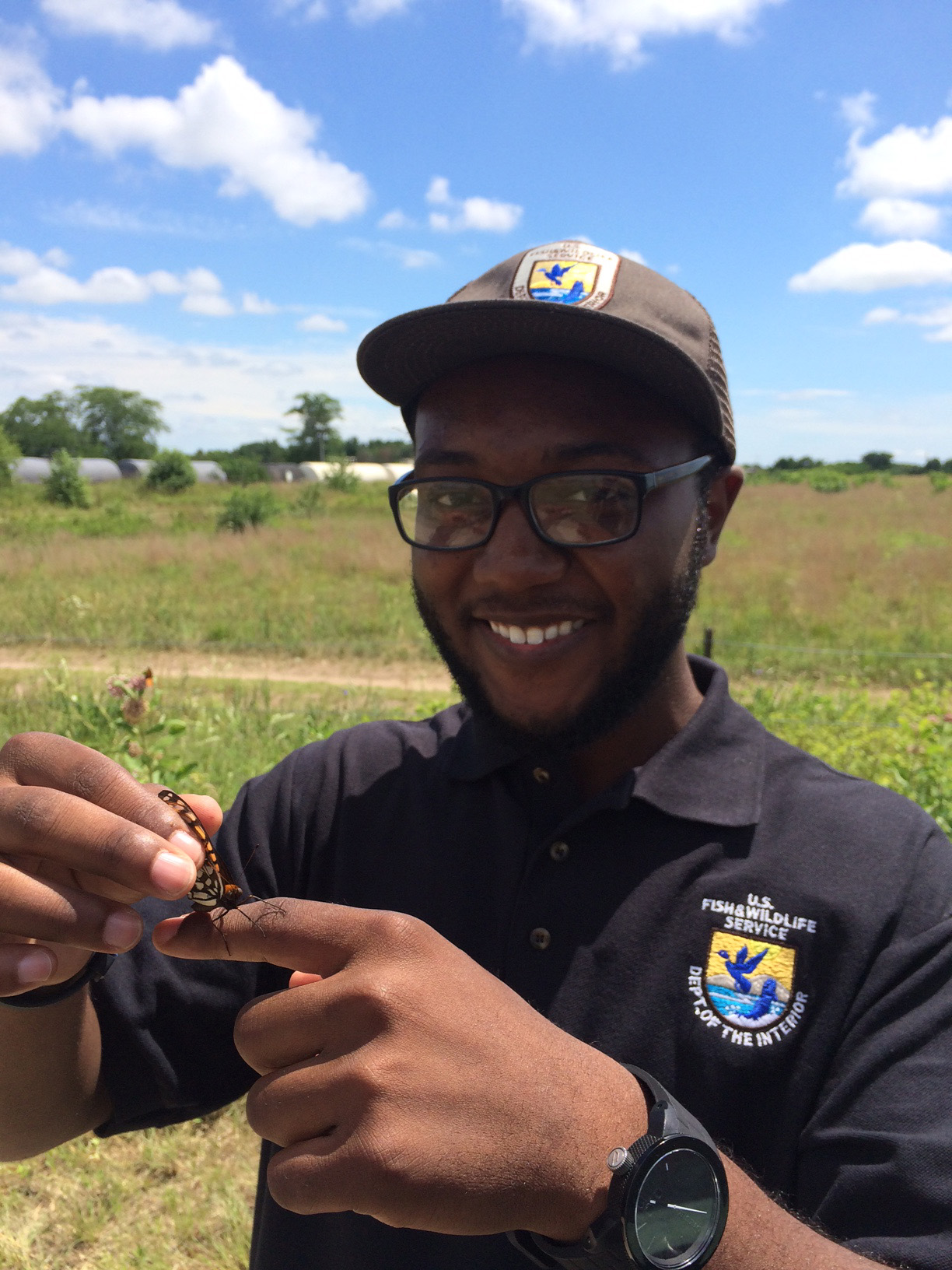 In their over wintering habitat in Mexico, the North American monarch butterfly population has declined by 80% in the last decade despite efforts to end illegal logging in the forests used by monarch butterflies. These declines are compounded by the rapid increase in use of glyphosate-resistant crops on agricultural lands of the U.S.,  which has reduced the abundance of milkweed – the monarch caterpillar’s sole source of food – in cropland of the monarch’s vital Midwest breeding ground. Research from the USGS indicated that stabilizing monarch butterflies populations requires a conservation strategy across all land types, includin gthe urban areas along the monarch's central flyway that connects it’s over-wintering habitat to its summer breeding habitat. A study led by The Field Musuem’s Keller Science Action Center, the USFWS and the Landscape Conservation Cooperatives will determine how to best conserve monarch butterflies in urban areas.  The project will inform the Species Status Assessment for monarch butterflies, which is currently being petitioned to be listed as “threatened” under the Endangered Species Act. The intent of the study is to determine: how much can urban areas contribute to monarch conservation efforts, how to best engage stakeholders, and where are the best places to focus conservation efforts. As part of the project, A Monarch’s View of the City Urban Monarch Landscape Conservation Design, Nigel is interested in not only in the ecological and management implications of climate change on conservation, but also in communication of the science and in engagement with traditionally uninvolved stakeholders.

Nigel also attended the Chicago Wilderness Executive Council meeting at the Chicago Botanic Gardens to discuss how it’s lead partners and 200+ member organizations has been working to engage and collaborate with leaders in conservation, health, businesses, education, and science to create a shared vision for conservation in the Chicago Wilderness region. The monarch butterfly is one of 12 other different species that have been prioritized for conservation, including the blanding’s turtle, red-headed woodpecker, little brown bat and the rusty patched bumble bee. At the meeting were representatives from Chicago Academy of Sciences, Forest Preserves, Peggy Notebaert Nature Museum, The Field Museum, Illinois Department of Natural Resoruces, and the Chicago Zoological Society. As a fellow for the USFWS DFP, Nigel participated in the discussion to learn more about how different agencies can work together on conservation issues with the intent to engage more stakeholders. The Chicago Wilderness Region is but one example of how conservation agencies can come together where there are a diversity of people and places and take advantage of opportunities to support conservation.