The Future of Climate Change Impacts on Coastal Biodiversity 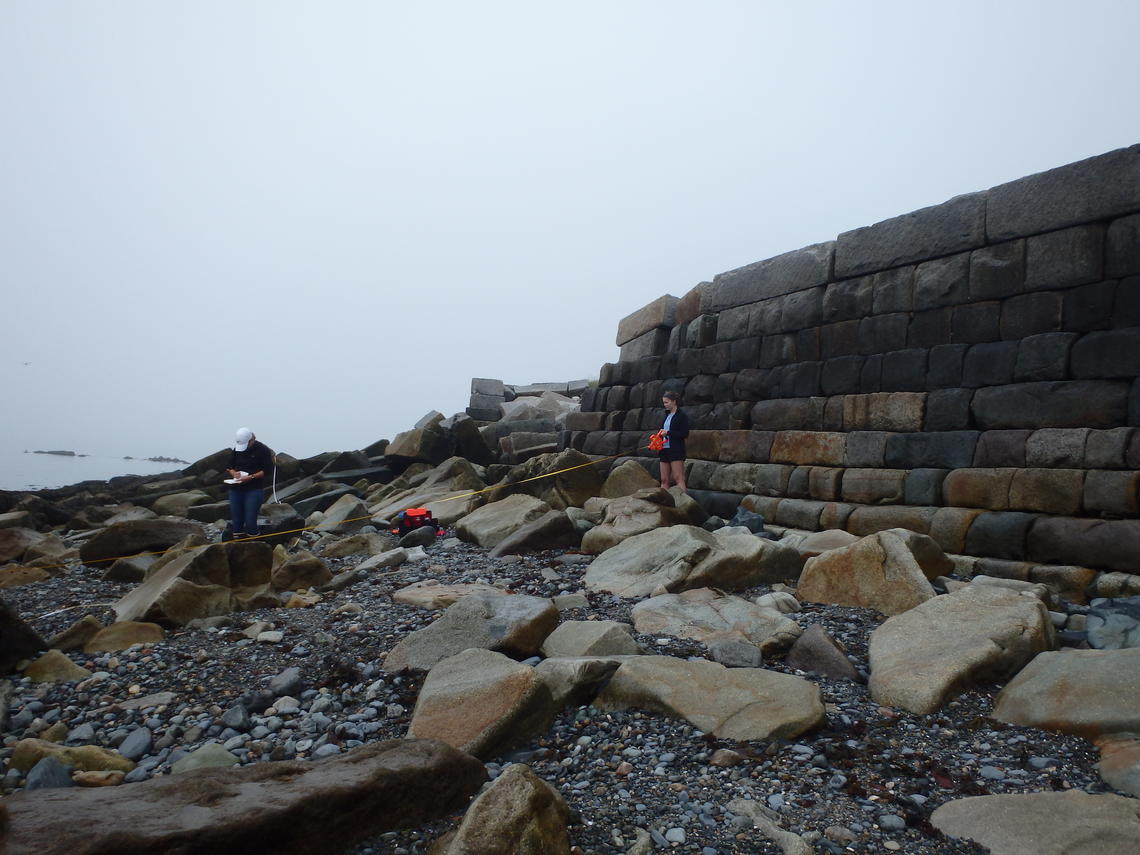 Boston Harbor was once considered one of the most polluted water bodies in America due to the discharge of untreated wastewater and sewage, which led to its nickname in the 1980s as the “harbor of shame”. After decades of restoration and management efforts, water quality has improved dramatically, and the harbor is now a model of successful conservation. However, this story of recovery is now being eclipsed by rising threats from climate change, leading the park to be listed on the National Trust for Historic Preservation's "11 Most Endangered Historic Places". A team of Climate Adaptation Science Center (CASC) researchers is working in collaboration with the National Park Service (NPS) in the Boston Harbor Islands National Recreation Area (BOHA) to address the risks from sea level rise, coastal storms, warming waters, and non-native invasive species. The project aims to synthesize and collect new data on historical and current patterns in intertidal biodiversity in mixed coarse substrate habitats in BOHA. As part of this effort, the team is developing novel monitoring protocols to track changes in species assemblages and key habitat features from climate impacts and other disturbances over time and across islands. While mixed coarse substrates are a common habitat in the Northeast region, a standard and repeatable biodiversity monitoring protocol does not currently exist. Such a protocol is necessary to assess baseline conditions in anticipation of coastal adaptation actions being considered to increase resilience to climate impacts in BOHA.

The project focuses on a subset of six islands within BOHA where mixed coarse habitats are dominant, and which contain historic, cultural, and natural resources and serve visitor infrastructure needs. Recent work has focused on characterizing the occurrence and climate vulnerability of intertidal invertebrates, marine algae, shore and seabirds, fishes, and marine mammals that use coastal habitats in Boston Harbor. The team conducted a historical inventory of total known biodiversity in BOHA, which revealed that at least 450 species have been observed over the last 160 years. This past summer, the crew of Michelle Staudinger (USGS co-PI), Marc Albert (NPS co-PI), Lucy Lockwood (UMass Boston), Alysha Putnam (UMass Amherst), and Sarah Endyke (NCASC) dove into field work to identify potential sites to test and calibrate biodiversity monitoring protocols in the coming years and map the distribution of current intertidal habitats.

Traversing the islands of BOHA proved to be more difficult than anticipated, with crumbling sea walls and fallen infrastructure crowding the intertidal areas. At George's Island, water levels have eroded sizable chunks of the seawall protecting Fort Warren, a National Historic Landmark. However, the team found both native and non-native biodiversity to be flourishing in the area. Scouring the intertidal zones of BOHA revealed that a number of non-native invasive species were thriving in the glacial drumlin island archipelago. A surplus of the invasive chain tunicate (Botrylloides violaceus) led the field team to continually stumble upon orange, red, and white species varieties clinging to submerged rocks. In the tide pools, the team happened upon colonies of invasive European rock shrimp (Palaemon elegans), which cautiously approached hands and tickled fingers with their antennas. On the ground, any large rock was subject to contain bustling swarms of Asian shore crabs (Hemigrapsus sanguineus​​​​​​​) just below the surface. Scoping the island’s shores is being conducted in anticipation of launching a series of multi-year field surveys to re-map coastal habitats as a 20-year comparative analysis to historic work and collecting quantitative baseline data on biodiversity. Results will inform decision-making about key monitoring targets to assess acute and gradual disturbances from climate change and assess impacts pre- and post-installation of potential future coastal adaptation projects.

Funding for this project has been provided through the Natural Resources Preservation Program, a science partnership which directs U.S. Geological Survey capabilities toward priority research issues identified by NPS. Additional support was provided by the National CASC. This article was written by Sarah Endyke and originally appeared on the USGS website.