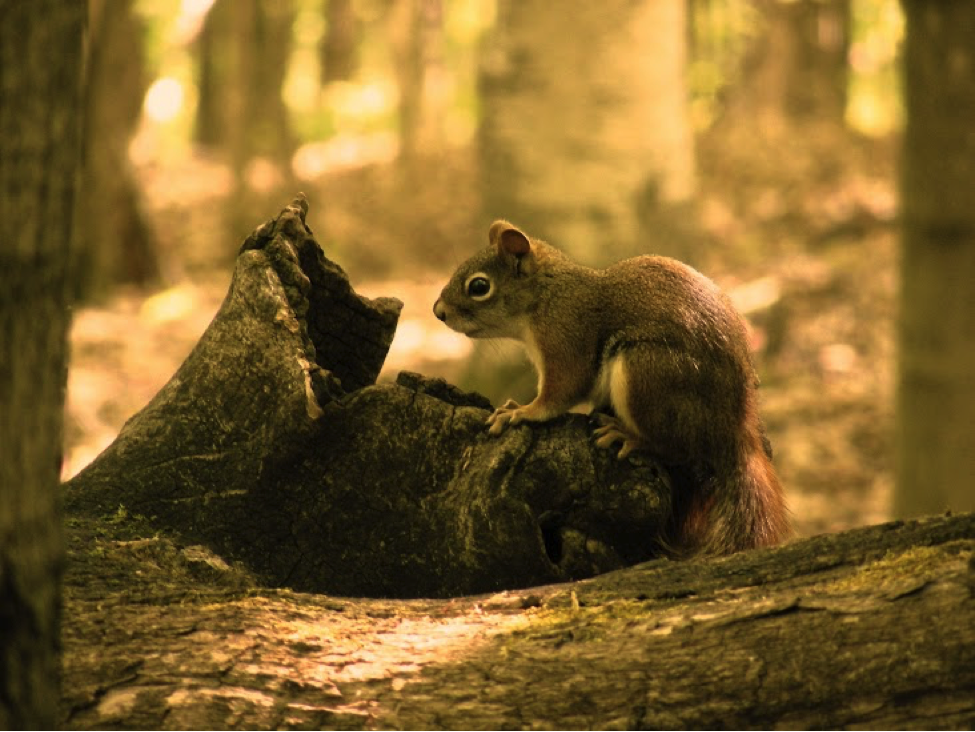 Toni Lyn Morelli, USGS Research Ecologist at the NE CSC, is working to tease apart mechanisms causing ecological changes in northeastern U.S. mountains. The White Mountains of New Hampshire offer some of the most breathtaking views in the Eastern United States.

But it wasn't always so beautiful.  After the Civil War, logging ravaged the landscape and heavily damaged watersheds.  Public outcry led to a National Forest larger than Rhode Island.  Today, it isn't logging that threatens ecosystems in the White Mountains; rather, it’s the rapidly changing climate that is impacting many of the native species.  As temperatures warm, snowpack decreases, and rainfall patterns shift, plants and animals are responding in a variety of ways.  This includes indirect effects from interactions between species.  For example, researchers at the NE CSC are finding that bird distributions are shifting and that some birds are producing fewer young.  What is not well understood are the exact mechanisms causing these changes.

Toni Lyn and her students seek to understand how American red squirrels, a key predator of vulnerable montane birds, are responding to climate change.  In addition to analyzing long-term survey data, she and her team are working in the Presidential Mountains to trap red squirrels, put radio collars on them, and collect DNA samples in order to understand how far red squirrels have shifted up in elevation.  She explains that “This research will allow us to determine whether climate change is increasing predation on threatened birds like the Bicknell’s thrush, which until recently could nest at high elevation in relative safety.”
The Effects of Climate Change
More generally, Toni Lyn studies the effects of climate change on mammals ranging from squirrels to moose. "I study the impacts of climate change on animal communities," she said, "and what actions can be taken to help species adapt to climate change."  Her research takes her to the White Mountains, where she studies climate change refugia – places that have changed less in terms of temperature or precipitation over the last century because they are buffered from climate change.  These locations are often found in mountain environments.  Because of the unique physical features of mountains, these systems are buffered from the effects of climate change and allow species to stay in the same place, but move around to follow temperature and precipitation needs.  Toni Lyn points out that these areas are all around you, once you begin to notice. “Maybe there is a low place in your yard or on your commute where it is always wetter or cooler.  If the area is big enough, it can provide protection for plants or animals from climate change.”
"Another example is the colder water found in streams that are deeper or shaded by vegetation”, Toni Lyn said. "Species like the brook trout are protected from climate change in these areas." "Recognizing these areas allows managers to act to make them more resilient to other stressors," she went on.  "For instance, planting vegetation along a brook or stream or preventing damage to the riverbank are ways to manage refugia."
Stakeholders Affecting Change
Interactions with stakeholders such as the New Hampshire Fish and Game Department, the White Mountain National Forest, the North Atlantic LCC, and bird conservation groups throughout the Northeast allow her research to be applied within the environment.  And it's a mutual endeavor: by working with stakeholders, Toni Lyn is able to increase the impact of her research. "We were trying to figure out which ecosystem to focus on," she said. "There were a lot of directions that we could have taken.  But through repeated conversations we received strong and clear input from our State and National resource management stakeholders, pointing us to a particular ecosystem to focus on.  The result was a more important and relevant study"
Toni Lyn works with stakeholders such as Leighlan Prout, a land manager for the U.S. Forest Service at the White Mountain National Forest; the decisions Prout makes every day affects long term environmental conservation – and she needs climate change expertise from researchers like Toni Lyn.  “It's very important for us to understand where the most likely places for refugia will be so those sites can be conserved and we can help to focus development or other uses in locations that are more likely to become common habitats,” said Prout. “We need to better understand the interactions between wildlife species -- such as red squirrels and their prey, in the face of climate change because it has the potential to disrupt and alter those connections that we're familiar with and result in population changes we hadn't anticipated.”
Written by Andy Christian Castillo, NE CSC Communications Intern, UMass Amherst
View Project Page >>